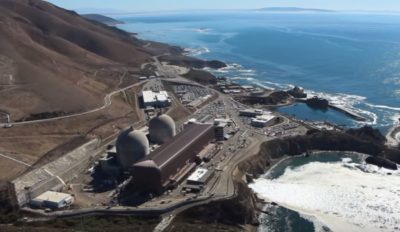 The announcement that Pacific Gas and Electric (PG&E) will close the Diablo Canyon Nuclear Plant when its current operating licenses expire in 2025 has caused what can only be described as consternation mixed with occasional conniptions among the nuclear industry and some strongly pro-nuclear groups.

That’s understandable. Diablo Canyon is aging, but is not the oldest nuclear plant in the fleet and PG&E could have chosen to push for a renewal of the license to continue operations for many more years. Diablo Canyon’s two reactors are also California’s last operating nuclear plants, following the closure many years ago of Rancho Seco near Sacramento, and more recently, the last of the San Onofre reactors. As such, the closure is symbolic of the broader woes of the nuclear power industry in the United States, which has been unable to build new reactors and is seeing the current reactors being shuttered, one by one.

The decision to phase out Diablo also rankles those who see all non-carbon energy sources as critical in the fight against the real threat of climate change. This has led to an internecine dispute among those who claim the mantle of “environmentalist,” who are legitimately concerned about climate, but who split on their positions around the pros and cons of nuclear power.

I get it. The climate threat is the most urgent one facing the planet and shutting down major non-carbon energy sources makes it that much harder to meet carbon reduction goals. But old nuclear plants have to be retired and replaced at some point, simply due to age, economics, and updated environmental challenges. It would be great if there was a new generation of replacement reactors that was safe, cost-effective, and reliable and if there was a satisfactory resolution to the problem of nuclear wastes and accumulating spent fuel. But at the moment, there isn’t. The good news is there are other non-carbon alternatives available.

And Diablo Canyon faced a unique set of problems, including the need in the next few years to replace its old once-thru ocean cooling system with a far costlier, but more environmentally friendly system, challenges with steam generators and a growing risk of leaks, the long-standing earthquake risk at the site, and cheaper alternatives. Even with the sunk costs at Diablo Canyon, these challenges made it clear that cheaper options exist and “that California’s new energy policies will significantly reduce the need for Diablo Canyon’s electricity output.”

Moreover, the claim that current nuclear energy is cheap is false: even at Diablo Canyon – never a cheap nuclear plant – additional updates to address existing problems could cost a massive additional $10 billion.  As Peter Bradford, a former member of the U.S. Nuclear Regulatory Commission said,

“The unraveling of the [hoped for nuclear] renaissance was not a surprise to anyone who understood the workings of the power markets.”

Diablo isn’t shutting down tomorrow. The plan gives the utility nearly a decade to phase out the plant and replace it with renewable energy and energy efficiency. As the official announcementnotes:

This time frame is important. When San Onofre closed its last reactor in 2012, with no formal replacement plan in place, there was a short-term spike in natural gas consumption (worsened by the simultaneous arrival of a multi-year drought, which cut hydroelectricity generation) and an increase in California’s greenhouse gas emissions. Nuclear proponents cherry pick this point as evidence that shutting Diablo will similarly lead to an increase in emissions. But within a couple of years, the rapid construction of non-carbon wind and solar systems made up for San Onofre’s lost electricity, and natural gas use — excluding excess natural gas burned to make up for lost hydroelectricity due to the drought –dropped again. The Figure below shows total non-fossil fuel electricity generation in California from 2001-2015 (solid red line) and what it would have been without the drought (dotted red line). Without the drought, expansion of new solar and wind completely made up for San Onofre’s closure.

Total non-fossil fuel electricity generation with (solid red line) and without the drought (dashed red line). Data from US EIA.

With the longer timeframe to prepare for closing Diablo Canyon, and with the specific agreement to accelerate investment in renewables, there is no reason California’s carbon reduction targets can’t be met. Will they? We don’t know: that ultimately depends on the nature and timing of efforts to continue California’s transition to non-carbon energy.

But even this argument misses the key point: While it is certainly far better from a climate perspective to replace old fossil fuel plants rather than old nuclear plants, even old nuclear plants have to be replaced eventually. We should keep them open as long as feasible from an economic, environmental, and safety point of view, but when the decision is made to replace them, make sure other non-carbon generation and energy efficiency options are part of the decision.

That’s what happened here and it is a model for the future.

This blog was originally published on National Geographic ScienceBlogs.