Clarifying the Discussion about California Drought and Climate Change

In the last few months, as the severe California drought has garnered attention among scientists, policymakers, and media, there has been a growing debate about the links between the drought and climate change. The debate has been marked by considerable controversy, confusion, and opaqueness.

The confusion stems from the failure of some scientists, bloggers, reporters, and others to distinguish among three separate questions. All three questions are scientifically interesting. But the three are different in their nuance, their importance to policy, and their interest to politicians and water managers. Here are the three different questions:

Frankly, the entire discussion has been frustrating for all involved. For the sake of clarity in the future, people involved in this discussion should be clear whether they are asking or answeringquestion #1, #2, or #3, or even another question entirely. In addition, the answers for California may be different than other regions of the U.S. or world.

And to prime the pump, so to speak, here are my thoughts about the answers, with some relevant recent scientific papers listed at the end.

But California droughts are also fundamentally linked to the quantities and timing of precipitation, the dynamics of storm formation in the Pacific Ocean, the impacts of climate change on the frequency and intensity of El Niño and La Niña events and the Pacific Decadal Oscillation, and the behavior of the jet stream as conditions in the Arctic change. These changes are less certain, vitally important to the frequency and intensity of future California drought impacts, and remain serious topics for research and analysis. And as some observers have noted, the risk that future droughts will worsen is more certain for other regions of the world.

Although the recent drought may have significant contributions from natural variability, it is notable that hydrological changes in the region over the last 50 years cannot be fully explained by natural variability, and instead show the signature of anthropogenic climate change.

All models, regardless of their ability to simulate the base-period drought statistics, project significant future increases in drought frequency, severity, and extent over the course of the 21st century under the SRES A1B emissions scenario.

Over the past millennium, late 20th century snowpack reductions are almost unprecedented in magnitude across the northern Rocky Mountains and in their north-south synchrony across the cordillera. Both the snowpack declines and their synchrony result from unparalleled springtime warming that is due to positive reinforcement of the anthropogenic warming by decadal variability. The increasing role of warming on large-scale snowpack variability and trends foreshadows fundamental impacts on streamflow and water supplies across the western United States.

See also the conclusions from:

The 2013 report of the IPCC’s Working Group I, The Science Basis (pdf)

1
« Rural Water Systems Struggle in the Good Times and the Bad
With Water, California’s Bigfoot is Imported » 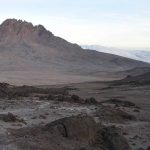 We use cookies to ensure that we give you the best experience on our website. If you continue to use this site we will assume that you are ok with it.Ok